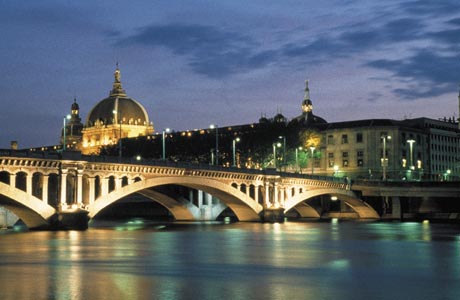 Last year, we mentioned the French city of Marseille in Marseille, a beautiful city far from any cliché. The article by Amy Wilentz was published on the New York Times.

Another article recently published by the newspaper caught our attention as it was this time about another beautiful French city: Lyon.

Journalist Seth Sherwood describes how he feels about Lyon and only the first sentences of his article give a great insight on his experience in the city:

“I know of only one thing that you can do well in Lyon, and that’s eat,” the 19th-century French novelist Stendhal remarked. Two centuries later, the image of France’s third-largest metropolis is still buried under a heap of food. No surprise. France’s most celebrated chef, the octogenarian Paul Bocuse, hails from Lyon, and the city’s bouchons — homey restaurants serving rustic, traditional cuisine — are famous countrywide.

Lyon is about food, culture and also history:

The street name says it all: Rue du Premier Film. There, on March 19, 1895, Louis Lumière activated the “Cinématographe” that he had designed with his brother, Auguste, and recorded a 50-second film of employees leaving their family’s photo-plate factory. And so cinema was born.

Sherwood had a great experience in Lyon but maybe he forgot to mention music and especially Jazz music. Lyon is very different from Marseille, so if you already visited Marseille, we think visiting Lyon is the best advice!