Last year we enjoyed playing Mafia: Trilogy and in this post we shared with you our excitement about 2K Games and Hangar 13 crime dramas before the video game was even released. This time, we’re looking forward to the release of the very intriguing Stray, an upcoming ‘third-person cat adventure game set amidst the detailed neon-lit alleys of a decaying cybercity and the murky environments of its seedy underbelly‘.

The game, developed by BlueTwelve Studio (formerly known as HK_Project), a small team from south of France ‘mostly made of cats and a handful of humans‘, and published by Annapurna Interactive is coming to PlayStation 4, PlayStation 5, and PC/Steam in early 2022. 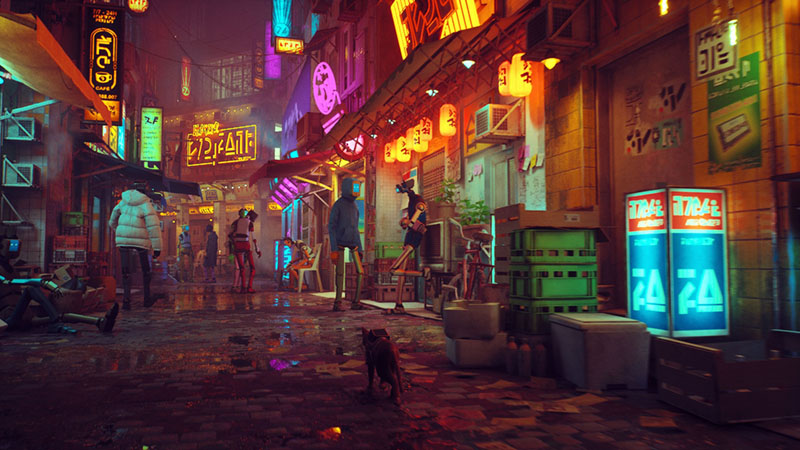 Explore the cybercity
Roam surroundings high and low, defend against unforeseen threats and solve the mysteries of this unwelcoming place inhabited by nothing but unassuming droids and dangerous creatures

Be stealthy
Be nimble, silly, and sometimes as annoying as possible with the strange inhabitants of this foreign world.

Befriend a droid
Along the way, the cat befriends a small flying drone, known only as B12. With the help of this newfound companion, the duo try to find a way out. 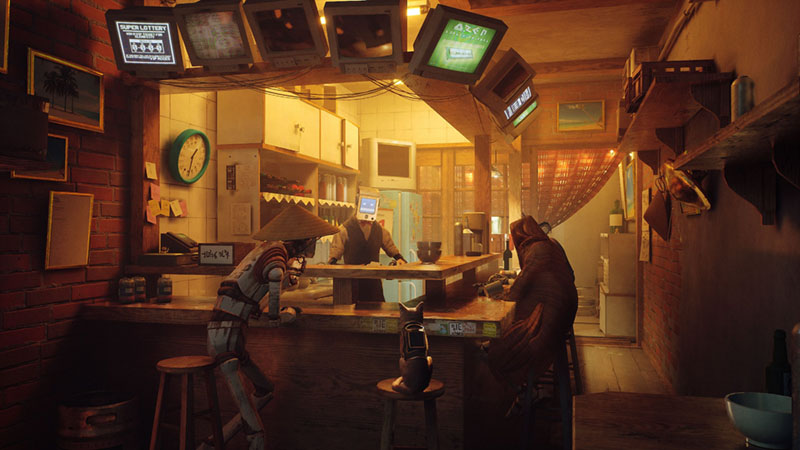 Yesterday, during the first Annapurna Interactive Showcase, French developer BlueTwelve Studio gave an in-depth look at its first game. The company released a video from Stray producer Swann Martin-Raget talking about the world of Stray, as well as what to expect with gameplay and characters.

From the @HKdevblog team, producer Swann talks about the world of Stray, as well as what to expect with gameplay and characters you'll come across as a cat. Coming early 2022 to PS5, PS4, and Steam.

The cat is definitely the star of the show in the game though, and it was important for us to show a glimpse of all the playful interactions that he can have with his environment. Some of them are useful and will help solve puzzles as you progress, and some are just here because cats will be cats — and as most cat owners know painfully well, no sofa can be left unscratched.

The unique perspective of playing as a cat also creates interesting opportunities in terms of level design. Some of the usual tropes of videogames can be twisted in funny and interesting ways: a grid blocking the way for humans? Not for a cat! A decorative rain pipe spiraling along a building? Perfect platforming sequence for a feline!

You can also watch the gameplay walkthrough via Youtube below. Stray is very promising, we really like the story and the atmosphere: a stray cat in a futuristic city, inhabited by humanoid robots… And the game doesn’t seem to take itself too seriously. That’s everything we’re waiting for!