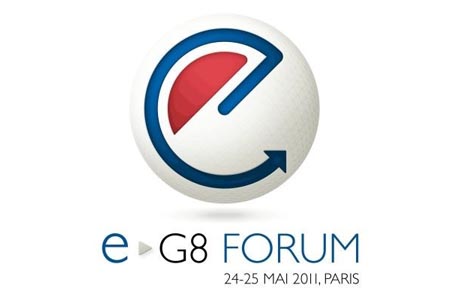 The May 24-25 forum is held in Paris and a delegation from the e-G8 Forum will then travel to Deauville for a dialogue with leaders of the G8 nations. Mark Zuckerberg, Eric Schmidt and Jeff Bezos, among many other guests, are discussing the future of the Internet.

Here is the official introduction to the event:

Launched by French President Nicolas Sarkozy, the e-G8 Forum will organize multiple conferences and discussions, so that for the first time, voices of companies, thinkers and major players who build the Internet will be heard at the highest levels of world politics. The e-G8 Forum is a platform of expression, in which all the major actors of the Internet will be able to debate, thereby enriching the discussions of the Heads of State and Government who will subsequently meet in Deauville to examine these issues. It aims to enlighten and to nourish the discussions of the Heads of State and Government of G8 nations with the vision of the web actors regarding the Internet’s importance and impact on society and the economy.

This is an interesting event and a great opportunity to discuss about freedom of speech on the Internet, although we have to say we are very surprised very few organizations (if none…) have been invited. Internet is not only about big corporations making a lot of money, it’s also about freedom of speech, as the Arab unrest proved it.

Internet leaders should not forget it!