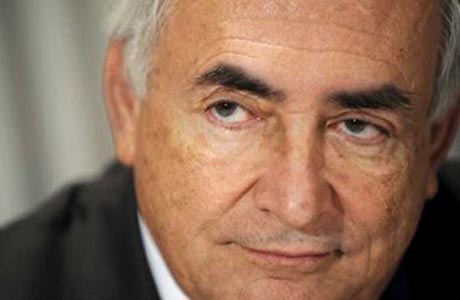 IMF chief Dominique Strauss-Kahn is accused of sexual assault. The International Monetary Fund head was charged with attempted rape, a criminal sex act and unlawful imprisonment after a housekeeper at a Manhattan hotel accused him of attacking her. His arrest sent shockwaves through French politics on Sunday and for five days now, DSK is on every channels.

The Guardian says: ‘The Strauss-Kahn scandal is France’s Monica Lewinsky moment. The charges are far worse than in Bill Clinton’s case, but France has been thrown into the same soul-searching about sex and power’. But the most important is the way French politics and many people in France reacted: ‘It is tearing itself apart about how to deal with the story. Dominique Strauss-Kahn is innocent until proven guilty. But the language of his leftwing allies and defenders – implicitly questioning the alleged victim’s honesty, stability and honey-trap potential – has sparked a debate on the sexism and snobbery of French politics.’

If it was indeed hard to believe Dominique Strauss-Kahn could have raped the maid and if it was also surprising to see him handcuffed (which wouldn’t be possible to see in France), we have been shocked to hear some ‘off beat’ support to DSK.

The Daily Mail says: ‘Former Culture Minister Jack Lang described the treatment of the Socialist presidential frontrunner, whose political career is now in tatters, as a ‘lynching’ that had ‘provoked horror and aroused disgust’. The U.S. justice system, he said, was ‘politicised’ and the judge appeared to have been determined to ‘make a Frenchman pay’ by denying the head of the International Monetary Fund bail even though his lawyer had offered to post a $1 million bond.’

In The Australian we can also read: ‘Sabban, from the Paris Region council, and also a Strauss-Kahn supporter, says the allegations stem from “an international plot”. “Everyone knows that his weakness is seduction, women, and that’s the way they got him,” Sabban says.’

At this point, we of course can’t deny Dominique Strauss-Kahn’s rightful presumption of innocence but we must not forget there is also an alleged rape victim. Francois Fillon, the French prime minister, is alleged to have told a closed-door meeting of lawmakers: ‘If the deeds of which Dominique Strauss-Kahn is accused are verified, we would be faced with a very serious act for which there is no excuse.’ According to the Telegraph, Mr Fillion said the accused: ‘has the right to be presumed innocent and the alleged victim has the right to respect and compassion (…) We must show moderation and responsibility,’ he added. ‘No one must exploit this affair.’

We hope things will calm down but we hardly think they will. Tomorrow he will appear in court at a new bail hearing, and maybe a trial will take place in the coming weeks or months. Whether Dominique Strauss-Kahn is found guilty or not, let’s hope the explosive political and social atmosphere will cool down soon…