Lockdown in France and the upper class privilege 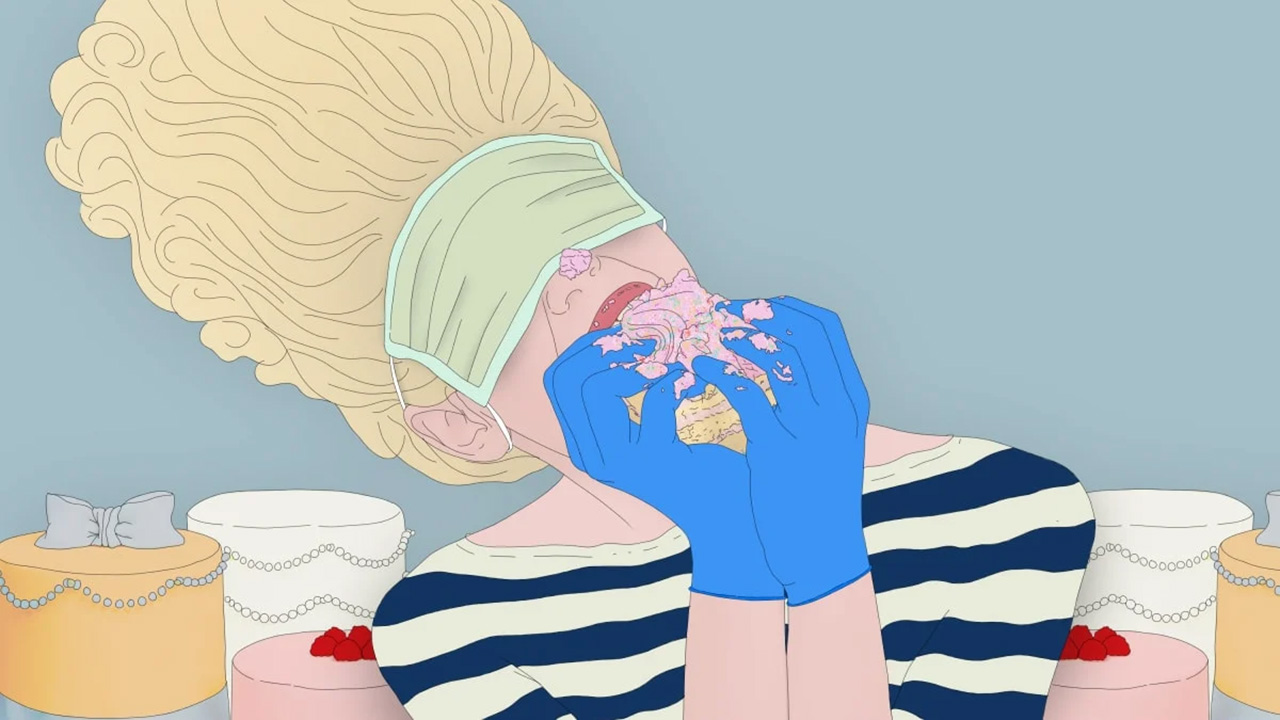 We are always interested in how life in France is perceived by foreigners living in the country, we regularly share articles here and on Twitter on that topic. Earlier this month, we read a very good post by Paris-based reporter for The Daily Beast, Erin Zaleski titled: The ‘Let-Them-Eat-Cake’ Lockdown Diaries.

The title is a direct reference to the French phrase “Qu’ils mangent de la brioche” commonly attributed to Queen Marie Antoinette and supposedly uttered during one of the famines that occurred in France during the reign of her husband, Louis XVI.

This very dismissive phrase perfectly illustrates the tone of Zaleski’s post on how some people supposedly from the upper class, kind of ‘glamorize‘ the lockdown in France, citing acclaimed French-Moroccan writer Leïla Slimani who is writing a “Journal du confinement” (lockdown diary) in the French daily Le Monde: “I wasn’t able to sleep last night (…) From my bedroom window I watch the dawn break over the hills. The grass covered in frost, the first buds appearing on the branches of the trees…”

The diaries inflamed the smoldering class resentments that always lie near the surface here, and are only likely to get worse as the COVID-19 crisis drags on week after week, and soon month after month. This year’s upcoming spring vacations have been banned and families ordered to stay home. Not a great moment to read the epistles of the conspicuously leisured class.

Indeed, Slimani’s record of her countryside confinement provoked widespread fury and mockery—both at the writer herself and Le Monde for publishing her. Critics slammed the diary as “self-centered” and “grotesque,” decrying her musings as the embodiment of out of touch, upper class privilege—a literary “let them eat cake” moment in a time of national crisis.

Another French writer, Marie Darrieussecq, has also been accused of “romanticizing” the experience of lockdown. Zaleski adds:

Darrieussecq, who decamped to her childhood country home in France’s Basque Country, also focused on the day-to-day in a bucolic, fairy-tale-like setting. “Two deer are grazing in our uncultivated garden,” she wrote. “A raptor makes circles in a sky without airplanes. Wild animals are taking advantage of man’s absence… The beach is deserted. I have a vision of a planet devoid of human beings.”

Darrieussecq’s descriptions of open spaces and a trip to the seaside were already enough to annoy many readers, who accused her of “romanticizing” the experience of lockdown, but they apparently found one passage particularly infuriating.

Both Slimani and Darrieussecq are great writers but we can understand some people didn’t appreciate the tone and could feel some sort of contempt toward those who couldn’t afford to leave for the countryside. Erin Zaleski perfectly describes the situation:

If you’ve ever spent any time inside a typical Paris apartment, you’d understand how nerves could be frayed. Space is at a premium, and dwellings are notoriously expensive and cramped. It’s not uncommon for a single person to squeeze into a 20-square-meter (215-square-foot) studio, or for a couple to share a place that makes a tiny New York City walk-up look spacious. And some Paris residents make do with even less space. The smallest legally allowed rental in the French capital is nine square meters (97 square feet)—smaller than some American university dorms.

France’s current lockdown is expected to end on May 11, it will be a relief to many. People are encouraged to work from home but working at home isn’t an option for everyone, a lot of people continue to do their job like in pre-lockdown times, despite living in fear of the coronavirus… Not mentioning the brave and committed healthcare and medical workers.