‘Lost in Paris’ with Matt Gross 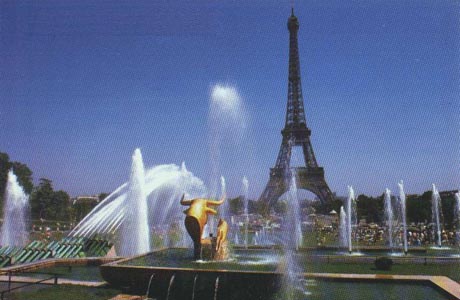 Not everyone in the Sama Team lives in Paris, on the contrary. But some of us know the city quite well or at least they think they do. Reading Lost in Paris article by Matt Gross made us realize it is very different to visit the city once in a while, and to actually live in the place.

Matt Gross, the former Frugal Traveler, is writing a book about independent travel, to be published by Da Capo Press. And he loves Paris since he met his wife Jean 13 years ago, 47, rue Fondary to be precise. Gross has been visiting the city every two or three years since 1994.

‘As I prepared for a weeklong visit in early September, I didn’t want to just return to my favorite places and wallow in nostalgia. I wanted to see if it was possible to re-experience Paris as if for the first time, to be amazed by the reality of the place instead of comforted by its familiarity (…) Had I really spent 240 euros (about $320 at $1.33 to the euro) on an umbrella, one that, albeit sturdy, was not significantly different from a 24-euro umbrella? With the V.A.T. rebate, of course, the total would be reduced by 39 euros, and surely this coffee was worth at least 1 euro, so really I’d spent only 200 euros. Only.”

The author describes Paris in a very bright way, the city is indeed beautiful and some places are simply amazing. But there is another side of Paris, far from the ‘trendy, bourgeois-bohemian’ neighborhoods he mentions. Paris is a big and a multifaceted city, not only the one you see pictured on postcards.

But we share the enthusiasm Matt Gross has for Paris, as true Epicureans when he says: ‘I raced down the street and up seven flights of stairs to my garret, where I sliced open the bread, slathered it with good Échiré butter, cracked open a bottle of ice-cold Sancerre and consumed my snack while watching the setting sun cast shadows across the City of Light”. Nothing can compare to a baguette, still warm from the oven!

If you come to Paris, don’t miss his Old Favorites and New Discoveries list of places to go (last page). Matt Gross is right: ‘(Paris is) a marvelous open-air cinema where the filmstrips of our memories flicker ceaselessly, even as we shoot new scenes‘…