Mardi Gras ‘Fat Tuesday’ in France and in the United States 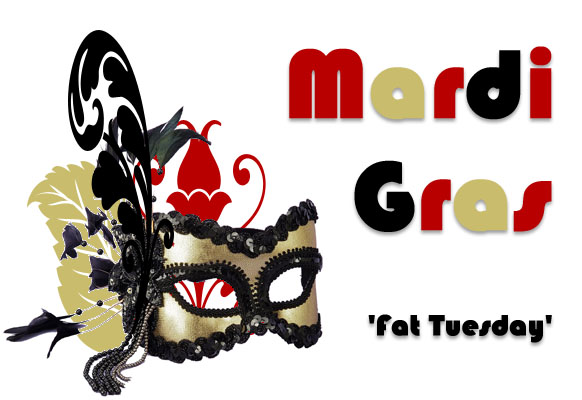 Yesterday we celebrated Mardi Gras in France, as well as in several other countries. But there is a difference between the way we celebrate this day; in France the day is dedicated to children who enjoy wearing outfits of their favorite heroes or cartoon characters meanwhile in the United States, Mardi Gras is more like a Mardi Gras Carnival both kids and adults enjoy.

Here is the description of Mardi Gras found on Wikipedia:

The terms “Mardi Gras”, “Mardi Gras season”, and “Carnival season”, in English, refer to events of the Carnival celebrations, beginning on or after Epiphany and culminating on the day before Ash Wednesday. Mardi Gras is French for “Fat Tuesday” (in ethnic English tradition, Shrove Tuesday), referring to the practice of the last night of eating richer, fatty foods before the ritual fasting of the Lenten season, which begins on Ash Wednesday […] While not observed nationally throughout the United States, a number of traditionally ethnic French cities and regions in the country have notable celebrations. Mardi Gras arrived in North America as a French Catholic tradition with the Le Moyne brothers, Pierre Le Moyne d’Iberville and Jean-Baptiste Le Moyne de Bienville, in the late 17th century, when King Louis XIV sent the pair to defend France’s claim on the territory of Louisiane, which included what are now the U.S. states of Alabama, Mississippi, and Louisiana…

We also learn that because of the French and Spanish colonial history of the settlements, the earliest Carnival celebrations occurred in Mobile, Biloxi, New Orleans, and Pensacola, which have each developed separate traditions. New Orleans Mardi Gras celebrations draw hundreds of thousands of tourists to the city to mingle with the locals at the famed parties and parades. The first Mardi Gras festivities in Louisiana were held on March 3, 1699 and you can check this site for more information about today’s festivities.

What is the most surprising is that we, adults, don’t celebrate Mardi Gras in France but for a decade now, we celebrate Halloween. This is what we call a ‘cultural exchange’ between Europe and the United States. Although Halloween is linked to a North-West Europe Celtic festival… The circle is complete!