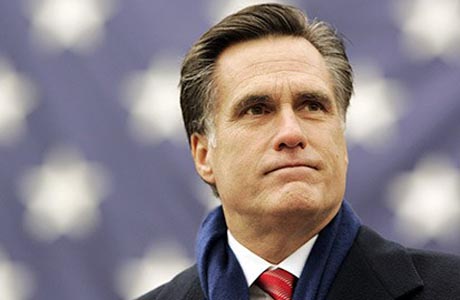 Apparently, France is great for Haute Couture but speaking French is not so glamour to some American politicians… A few days ago, a video posted by a liberal political-action committee called AmericanLP, featured Mitt Romney showing off his foreign language skills in a promotional video for the 2002 Winter Olympics in Salt Lake City.

“The Republicans openly mocked Kerry because he spoke French and even looked French,” says the group’s founder, T.J. Walker, a political consultant who started the group on a shoestring. “Our target audience is not those people who ask, ‘What’s so bad about speaking French?’ Our target audience is the Republican primary voter who thinks someone who speaks French is strange and effete.”

Someone who speaks French is strange and effete? Nice! More to come on Slate:

Conservatives, of course, have made it clear they aren’t exactly fans of the French or their culture. Republicans renamed French Fries “Freedom Fries” after the French public expressed reservations about the U.S. invasion of Iraq, and Rush Limbaugh led the charge against John Kerry in 2004, mocking the Democratic candidate’s French ancestry by dubbing him “Jean Cheri.”

Well, we don’t really care if Conservatives aren’t exactly fans of the French or their culture, we have been told that French Bashing is usually a typical Republican tactic. It is not a political argument but anti-French prejudice; let’s hope the rest of their arguments are not like this one, politics is serious business.

Note that we like Romney’s accent, so American! See, we don’t hold a grudge 😉