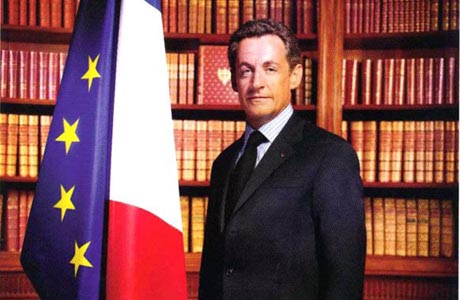 On Monday, we read on The Telegraph that on Sunday night, hackers managed to break into the Facebook page of French President Nicolas Sarkozy to announce he would be quitting next year. With an approval rating which has dropped below 30 per cent at times, making Sarkozy one of the most unpopular French presidents of all time; some people may have thought their dream came true but it was only a hack.

According to the article published on The Telegraph:

In a misspelled and often ungrammatical post illustrating the havoc that hackers can cause, Mr Sarkozy is meant to have written: “Dear compatriots, given the exceptional circumstances our country is experiencing, I have decided in my spirit and conscience not to run for office again at the end of my mandate in 2012.” […]  On Monday, Mr Sarkozy had replaced the false message with a real one apologising for the security lapse and thanking friends and supporters for their loyalty. “My Facebook account was hacked into this evening, perhaps to remind me that no system is infallible,” said a message on the page after it was reclaimed by the legitimate account holder.

Everything seemed to be back to normal but we learned Nicolas Sarkozy’s Facebook page was hacked again yesterday morning. Last night Mark Zuckerberg’s fan page on the website was also attacked by hackers. Are Facebook’s accounts so easy to hack? Who will be next?