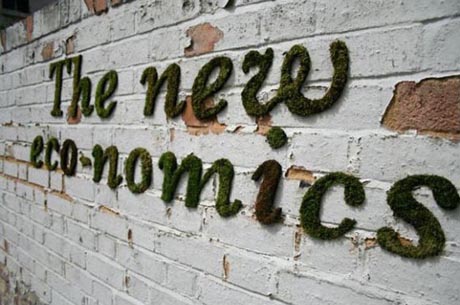 We have to say we are no graffiti experts and we didn’t know what was a sgraffiti before we read Max Dana’s post about it. So when Max posted about moss graffiti, we were curious to know more about this new form of graffiti art.

And we were so excited about it we thought we should published this article on the Sama Gazette. It would have made a great ‘Art in…’ post, don’t you think?

Five years ago, I posted about graffiti and its origin: From sgraffiti to graffiti, from Cauchie to Seen. I mentioned French artists like Lokiss and Bando and also Futura 2000 and Seen. But if graffiti is about scratching a design into a surface, sgraffiti is about scratching through one layer of pigment to reveal another beneath it (a technique still used by remarkable Morocco’s artisans with intricate and carefully carved stucco).

British street artist Paul Curtis (a.k.a Moose) creates graffiti by cleaning dirt from sidewalks and tunnels; this is the contemporary form of sgraffiti. So if you thought graffiti was only about spray painting, you were wrong. Now (it has been a couple years) it is also about eco-friendly materials like moss. Anna Garforth and Edina Tokodi are moss graffiti artists and their client list includes banks, design schools and galleries.

I would consider moss graffiti artists more like stencil artists like Miss.tic or Blek Le Rat than strictly graffiti artists because they have to prepare their work before. When you use a spray can, even if you already know what you are going to paint, you have more freedom than when you use a pre-cut piece of moss or a stencil.

Moss graffiti brings the nature closer to our urban environments, it will seduce eco-friendly people and most of all the ones who can’t stand graffiti art (remember what happened to graffiti artist Revok last year?) since moss can be cleaned up pretty easily… But now, impervious anti-graffiti coatings manufacturers won’t be happy!

An example of Anna Garforth’s work below. More pictures on the HuffPost.

You can read this article on Max Dana’s Blog.