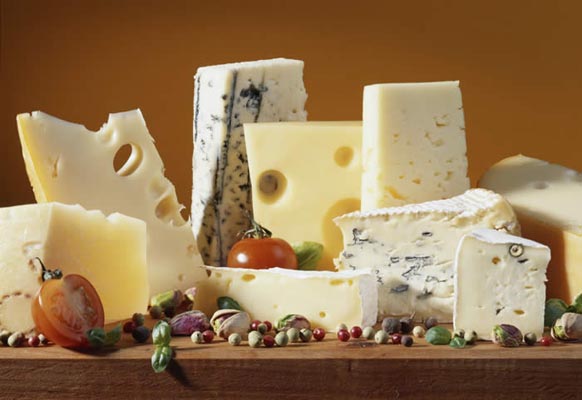 It has been a long time since we wanted to talk about cheese, but we had other priorities. A few days ago, we engaged a conversation with artist Pete Fowler on Twitter (@themonsterist): he said he ‘had the best French cheese EVER at le bourchon Breton in spitalfields mkt’. As cheese-lovers, we didn’t miss the occasion to reply to him; that is when the ‘French cheese’ post came back as a priority. Here is for the full story (to be continued at the end of this post).

First, some history (from Wikipedia.org > Cheese):

Cheese is an ancient food whose origins predate recorded history. There is no conclusive evidence indicating where cheesemaking originated, either in Europe, Central Asia or the Middle East, but the practice had spread within Europe prior to Roman times and, according to Pliny the Elder, had become a sophisticated enterprise by the time the Roman Empire came into being. Proposed dates for the origin of cheesemaking range from around 8000 BCE (when sheep were first domesticated) to around 3000 BCE. The first cheese may have been made by people in the Middle East or by nomadic tribes in Central Asia. Since animal skins and inflated internal organs have, since ancient times, provided storage vessels for a range of foodstuffs, it is probable that the process of cheese making was discovered accidentally by storing milk in a container made from the stomach of an animal, resulting in the milk being turned to curd and whey by the rennet from the stomach. There is a legend with variations about the discovery of cheese by an Arab trader who used this method of storing milk.

Now, some French cheese we like. When it comes to cheese, it’s a matter of personal taste. Most of us at the Sama Team like Camembert, Brie de Meaux, Roquefort, Chèvre and Gruyère. But there is someone who enjoys the pungent-smelling Munster and Epoisses (we still recall the smell…). There are more than 500 different cheese in France so everyone can find his favorite ones but you will have to taste them first to know. And even if sometimes it can be challenging, the cheese’s taste is not necessarily as strong as its smell.

France is the third producer of cheese behind Germany and United States but is the first cheese exporter. We could have talked about many other cheese such as Feta from Greece, Stilton from England or Parmigiano-Reggiano from Italy (Max Dana already wrote about it on her blog: Polenta, aceto balsamico, parmigiano and so much more) but our preference goes to French cheese. And like Winston Churchill said in June 1940: ‘A country producing almost 360 different types of cheese cannot die.’ Now we know why we survived WWII!

More seriously, there is a cheese for every taste, and Pete Fowler apparently appreciated the ‘bad boy’ Bleu des Causses produced in the Midi-Pyrénées region. He even added: ‘Cheese is one the best things in life!’ and we can’t agree more. Pete was nice enough to accept we publish two of his ‘cheese sketches’ to illustrate this post (see images below). We already liked a lot his work (Twitter Sunday: Favorites Tweets @themonsterist) but now we have got proof: he is definitely a member of the Sama Epicurean Fraternal Society! 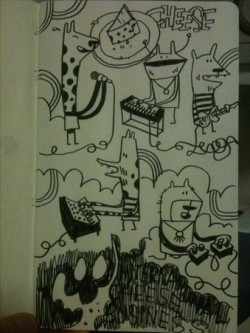 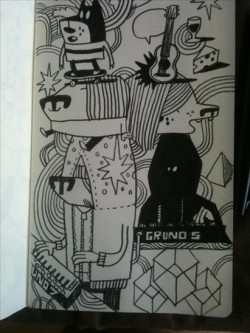