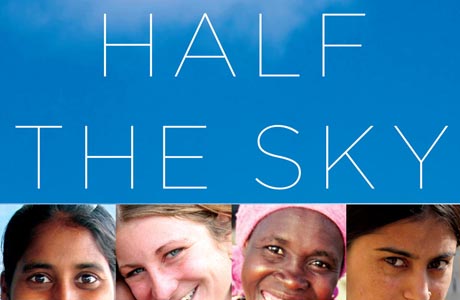 We support the Half the Sky Movement since 2010, we even created a tag for Half the Sky posts. On April 2010, La Moitié du Ciel, the French version of the original book was available in France; a few months later, Max Dana organized a discussion group: Half the Sky: Moving Individual Stories To Engage People.

The Half the Sky Movement is launching a 30 songs / 30 days campaign, and legendary and emerging female musicians from around the world come together to support Half the Sky: Turning Oppression into Opportunity for Women Worldwide, a multi-platform media project inspired by Nicholas Kristof and Sheryl WuDunn’s best-selling book.

Artist of the Day is India.Arie.

Note that the documentary Half the Sky: Turning Oppression into Opportunity for Women Worldwide is coming as a special presentation of Independent Lens October 1 and 2, 2012 at 9/8PM C on PBS. Don’t miss it!