▲
The Sama Gazette > Posts > Categories > Cabaret Moderne > Who is Sliimy? The late answer…

Who is Sliimy? The late answer… 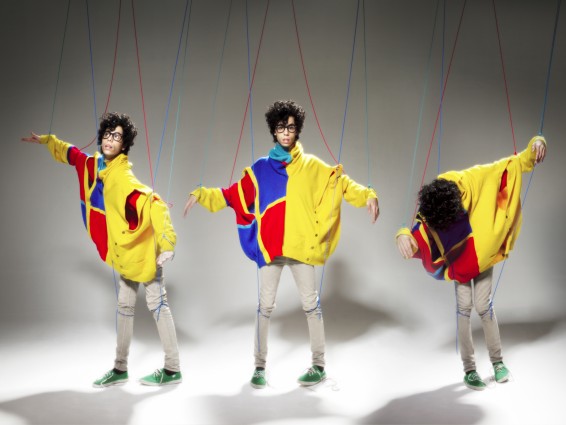 Ten days ago, everyone on Twitter was asking: ‘Who is Sliimy?’. Apparently, everything started when Lady Gaga made a Twitter update asking who was Sliimy. Britney Spears, Miley Cyrus, Katy Perry, DJ AM and many other celebrities also wanted to know, thus making ‘Who is Sliimy?’ a trending topic on Twitter within a few hours… They could easily have found the answer by simply checking Sliimy’s Myspace. Anyway.

It’s the best Twitter buzz-building campaign I have seen so far, a ‘guerrilla marketing’ at its best. But it didn’t come spontaneously: Sliimy is the first artist to be signed to Perez Hilton‘s record label, Perezcious Music. If it seems to have catch many people’s attention in the U.S as they just discovered the pop singer, it is nothing new for French people who have known Sliimy’s colorful look, eccentric style, quirky songs and perky music video for a while. “I think that his music will make a lot of people smile. It’s good, adult, quirky pop,” says Perez Hilton.

Sliimy (pronounced ‘Sleemy‘), is already signed to a record label: Warner France, there has been massive marketing promotion behind him and he has two chart topping singles already. He received press coverage in December 2008 for his cover of “Womanizer” by Britney Spears (remember, she was still wondering who was Sliimy just 10 days ago…) and his debut album,‘Paint Your Face’ hit stores on April 6 in France. Sliimy sings in English and some people already compare him to Prince and/or Mika… To each its own reference.

The spotlight is on the young French singer-songwriter ‘phenomenon‘, born in 1988 in the city of Saint-Étienne (France). He is heading for pastures new, seeking new horizons and avenues of opportunity. We wish him success overseas although his sensational entrance might generate high expectations; let’s hope he won’t fail and live be up to expectation. Time will tell. In the meantime, enjoy Sliimy’s rendition of Lily Allen‘s “Fuck You (Very Much)” he made before the “Womanizer” cover (even if we -am I allowed to talk for the whole Sama Team?- prefer ‘Wake Up’. IMHO).