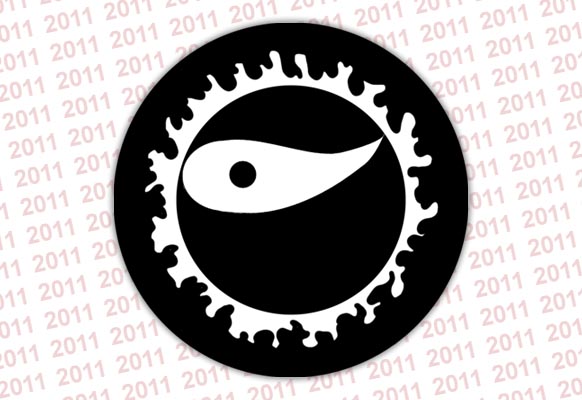 We wanted to start this new year with a post that made us both laugh (first paragraph) but also think about important things (the fate of Sudan). On Saturday, Max Dana posted on her blog an article quoting several tweets people sent on Twitteron December 31. The result gives an interesting way to analyze some meaningless and some other meaningful 140 character-long sentences.

Many readers already commented on Max’s Blog, especially about the Sudan part. Don’t hesitate to join the discussion!

“
Happy new year everyone! I guess we are going to hear those words many times again in the coming hours, days and weeks. Today is the first day of 2011 and many are already recovering from a bash that lasted until early this morning. Most of the people I know are celebrating, wishing everyone the best for the new year. Me too I hope everything will be better in 2011 but since we always hope the next year will be better than the previous one, it makes me feel a little bit desperate about how things will turn out… On December 31, 2011 we will all hope -again- than 2012 will be better than 2011. Sounds kind of crazy, isn’t it? It reminds me my post about how things are repeating themselves again and again in Darfur: when History is a never ending story… Anyway.

So yesterday night, as I don’t celebrate this particular time of the year, I decided to have a look at the followers/followees @MaxDana and @SamaGazette and it was very instructive. Here are some tweets I saved and I think they are representative of the atmosphere I could feel last night. From Pete Cashmore @mashable: ‘Tom Selleck Predicts the Future of Tech via a Series of ’90s AT&T Ads – http://on.mash.to/eB72yI‘. You really have to watch this video from 1993! I also enjoyed @VinylPulse‘s tweet about ‘Famicom custom Scion xB by Eric Nakamura and Len Higa for Zen Garage @jamuseum http://twitpic.com/3ldhe1‘. Love that NES car. I also received emails about the best video of 2010, the funniest, the worst and so on. This period is great for all kind of compiled stuff. You must have enjoyed some of these as well.

That was for the fun part. But most of the tweets were not about funny things (although I am also following @SarahKSilverman). As a hors d’oeuvre, I will start with @taslimanasreen who always has her way with words: ‘Will people be starved to death, deprived of human rights, will women continue to be killed, raped, beaten, enslaved, exploited next year?‘. I am afraid the answer is ‘Yes‘. This tweet from @PixelProject is not very optimistic either: ‘Worldwide, one in five women will become a victim of rape or attempted rape in her lifetime http://bit.ly/6iDPNW #vaw‘ but hopefully, there is some good news. @UNICEF in 2010: The year in review will show you the amazing work the organization has done last year. Doctors w/o Borders @MSF_USA ‘looks at ten stories that mattered in access to medicines in 2010 http://bit.ly/h5mbcS #top10access‘. Inspirational.

@yokoono is all about peace, as usual: ‘IMAGINEPEACETOWER lit in Iceland till dawn! http://imaginepeacetower.com has live feed & #WARISOVER video. Tweet&Fbk wishes @IPTower http://imaginepeacetower.com/‘, and the World Food Programme @WFP invites you to ‘Make your New Year’s Resolution in 2011 to be able to say this time next year that you really made a difference. http://bit.ly/eIwEU0‘. @NickKristof (via Lisa Goldner @goldlis) states: ‘Fixing homelessness — it’s possible, but we have to listen to the #homeless: http://nyti.ms/eBEYlE‘. Nicholas Kristof, again: ‘Executions are more expensive than life in prison, so — if for no other reason — why fire teachers to pay for executions? I hope retiring governors–e.g. Oregon’s Ted Kulongoski–will commute death sentences before stepping down in the coming days‘. Kristof always knows how to catch one’s attention, whatever is the subject.

But although everything doesn’t look so good for the new year, as @ColumLynch (via Elizabeth Blackney @MediaLizzy) tweets: ‘Critical reading: The difficult year ahead at Turtle Bay – By @ColumLynch | Turtle Bay: http://bit.ly/gCtO7N #afica #un #genprev‘, some things may change according to the Associated Press @AP: ‘NKorea promises denuclearization, better relations: http://apne.ws/exFmOq -MS‘ and even Bashir says door open to peace in Darfur. But Amnesty International on its blog is more circumspect: Less than Two Weeks Left: World Anxiously Awaits Sudan Referendum.

Talking about Sudan, it was impossible this week to miss the news about the Satellite Sentinel Project. Launched on December 29, the Satellite Sentinel Project ‘will use satellite imagery analysis and crowd-sourced mapping to monitor the tense border between North and South Sudan […] The unprecedented collaboration between Not On Our Watch, the human rights organization co-founded by actor and Sudan advocate George Clooney; the Enough Project, an anti-genocide group; UNOSAT (the United Nations UNITAR Operational Satellite Applications Programme); the Harvard Humanitarian Initiative; Google; and Internet strategy and development firm Trellon, LLC, will provide an early warning system to focus world attention and generate rapid responses on human rights and human security concerns‘. Promising, isn’t it?

Enough Project Co-founder John Prendergast is very optimistic about the project: ‘Deterrence is our objective. We want to contribute to the prevention of war between North and South Sudan. If war does ignite, we want to hold accountable those responsible, and hopefully deter human rights crimes that would be committed in the context of war.’ On SatSentinel.org you can read: ‘We were late to Rwanda. We were late to the Congo. We were late to Darfur. There is no time to wait. With your support, we will swiftly call the world to witness and respond. We aim to provide an ever more effective early-warning system: better, faster visual evidence and on-the-ground reporting of human rights concerns to facilitate better, faster responses. We want to cast a spotlight – literally – on the hot spots along the border to record any actions that might escalate the chances of conflict. We hope that if many eyes are on the potential spoilers, we can all help detect, deter and interdict actions that could lead to a return to deadly violence. At the very least, if war crimes do occur, we’ll have plenty of evidence of the actions of the perpetrators to share with the International Criminal Court and the UN Security Council.’

I don’t want to be too cynical here as I have been advocating for Darfur for years (it actually started in the late Eighties) and I know what is at stake is huge, but if wishing a happy new year every year may sound a little bit naive, saying ‘if war crimes do occur, we’ll have plenty of evidence of the actions of the perpetrators to share with the International Criminal Court and the UN Security Council‘ is the height of optimism, just like The power of carrot and stick: reductio ad absurdum?. Because if we didn’t have much visual information about Darfur atrocities, we had way too many of Rwanda, we were not late at all to Rwanda, we knew and we didn’t lift a finger (or worse, we lifted the wrong one I may say…). But I really want to jump on the bandwagon of this blissful optimism and believe we (‘we’ as which countries exactly? How?) will take action if something happens. But so far, UN Security Council and the International Criminal Court didn’t impress Sudanese President Omar al-Bashir at all…

I am not a naysayer, and I am far from being a defeatist as many of my posts published on this blog are about commitment and support but I am exasperated by the many political, economic and financial crossed interests ruling our world; interests which are often the reason why we don’t intervene because our hands are tied by our own inertia and sometimes our own compromises (China’s Fabulous Deals: Curb Your Enthusiasm)… Back to another ‘reality’. Like people say, ‘let’s forget everything, let’s drink and not think about tomorrow‘ [sic]. If @carissaweir is ‘Looking forward to next year, leaving much baggage behind‘, @taslimanasreen doesn’t lose her grip on the real world and wonders: ‘People celebrate New Years Eve. Music and Dance and Wine.The only thing I don’t understand why girls need to be half naked to dance.’ Suggestions?

Last but not least: @EmmanuelJAL‘s video ‘We Want Peace‘. Share and spread. See, I’m not that pessimistic after all, I still believe Tall oaks from little acorns grow! ^_^