Troy Davis to be executed tomorrow! 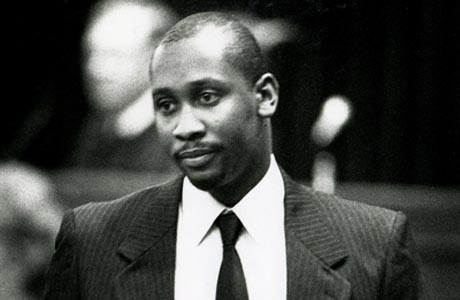 We know Troy Davis story for a long time, and last week we selected his story for our Weekly Friday Digest. For a long time indeed we have been shocked by the treatment made of his case: he was sentenced to death but he might be innocent.

Killing a man who could be innocent is something horrible, and this is what is scheduled to happen tomorrow. Max Dana wrote a blog about the situation and we think she found the right words about it.

Also, Amnesty France and several other French organizations are calling to protest the execution of Troy Davis. The protest will be held tomorrow at 19:00 local time. We will be there, if you live in Paris, we hope you will be join us!

Below, this article by Max Dana:

Benefit of the doubt for Strauss-Kahn, not for Troy Davis?

Everyone now knows Dominique Strauss-Kahn, who was accused by Nafissatou Diallo, a hotel maid in New York, of sexual assault. Three months after Strauss-Kahn was arrested, prosecutors dismissed all charges against him, stating that the Manhattan maid who accused him of sexual assault had told so many lies about her past that her story could no longer be considered reliable. “If we do not believe her beyond a reasonable doubt,” the prosecution wrote in its motion to dismiss, “we cannot ask a jury to do so.”

Whatever you think really happened with the maid, criminal jurisprudence says the accused is entitled to the benefit of any reasonable doubt. This is what motivated prosecutors to dismiss the case. Point duly made.

Now Troy Davis. Amnesty writes: ‘Troy Davis was sentenced to death in 1991 for the murder of police officer Mark Allen MacPhail in Savannah, Georgia in 1989. No physical evidence directly links Davis to the murder – no murder weapon was ever found’. USA Today adds: ‘His supporters say he is innocent, noting that 10 witnesses in the case have signed affidavits recanting their testimony and indicating that police coerced them into implicating Davis. They also point out that nine people have signed affidavits implicating another man.’

Let me play the devil’s advocate. If you support death penalty, it is because you want the person who perpetrated the crime, to die. But if you kill the wrong person, then the real perpetrator may still be free. So your death penalty is of no ‘use‘ and misses its target. I don’t think human life is dispensable given certain criteria; in Troy Davis case and in many others, unfortunately, there is doubt of his guilt and he should be given the benefit of the doubt since we are talking about death sentence. We can’t afford to make a mistake we can’t reverse.

Again, whether you support the death penalty or are staunchly against it, you can’t afford to have any doubt. If you have any, then you must take everything into consideration. Killing someone who killed is one thing (although the Lex Talionis, ‘an eye for an eye’, didn’t end crimes or we should know it by now), but killing someone who could be innocent is another thing. Now only the Board of Pardons and Paroles can commute Davis death sentence to life in prison with or without parole. We will soon know what the panel decides.