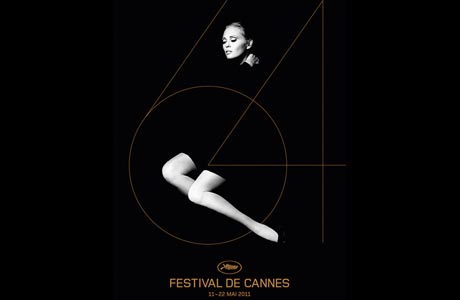 Whether you are into movies or not, the Cannes film festival is a huge event and not only in France. This year should be a very good year, starting with the talented French actress, Mélanie Laurent (Shosanna Dreyfus in Quentin Tarantino’s ‘Inglourious Basterds’). She will serve as Cannes 2011 master of Ceremony of the 64th Festival de Cannes.

Here is what Thierry Frémaux, General Delegate, says about the festival:

For it seems that floating on the Croisette is a scent of lightness, desire and peace. If each edition has a particular mood, 2011 is already, even before the first screen lights up, very exciting. Why, how and when does public opinion decides that “Cannes will be great this year”? It’s a mystery … and rightly so […] This year, Cannes has installed a little innovation here and there: As a guest, Egyptian film culture, home of great cinema, has signaled to the world their desire for democracy and freedom and like Tunisia, which will is also present, shows how cinema moves to the rhythm of world events; a feast of selections for film crews to meet each other rather than in competition or rivalry, or the stress of an audience’s reaction…

This is very well said and we are eager to see some of these movies! We appreciate the approach of the 64th Cannes Film Festival and we hope it will keep its promises.