▲
The Sama Gazette > Posts > Categories > Films / TV Shows / Theater > Up In The Air: not Copenhagen-friendly!

Up In The Air: not Copenhagen-friendly! 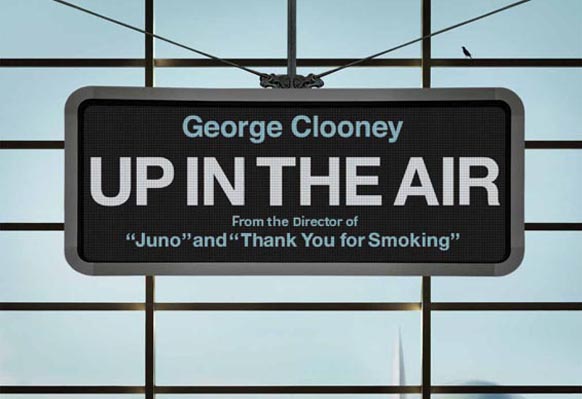 I recently saw the comedy-drama film directed by Jason Reitman: Up In The Air. I was said it was a dry comedy with George Clooney, Anna Kendrick, Jason Bateman and Vera Farmiga. So I came for a lot of fun and I left a little disappointed. See, I am really into the environment stuff so I was a bit disturbed when I realized the character played by Clooney, Ryan Bingham, was a businessman on the verge of reaching five million frequent flyer miles. Imagine: one aircraft take-off can burn thousands of pounds of fuel. And the pollution from just one, two-minute 747 takeoff is equal to operating 2.4 million lawnmowers simultaneously (read more facts).

So, seriously, reaching five million frequent flyer miles? No way! There is an UN climate summit in Copenhagen taking place right now! I like Jason Reitman (Thank you for smoking and Juno) and Vera Farmiga is sexy. The overall movie is great, the romance not so much. Now we’re done with the pollution thing, let’s have a look at product placement: it’s pretty blatant here, it’s everywhere! American Airlines and Hilton are always on screen, one way or another. Too much advertising is ruining the film. We are used to product placement in movies, but there was too much in Up In The Air. The film has been polluted by advertising…

The good news is for Reitman and Clooney: Up in the Air leads Golden Globe film contenders with six nominations. I vote for the Sama Gazette Award of the most anti-environmental movie of the year. Fun fact: I took a plane to see the movie and took another one to go back home. I am Green with dust on the shoulders. Anyway. Up in the Air is a bittersweet drama addressing contemporary issues, I liked the strong chemistry between Clooney and Farmiga. It will be out in February in France.

As for George Clooney himself, he is good. But I couldn’t help to say to myself: ‘Is he the same guy coming back from Darfur some years ago?‘. He is. Maybe he should take a plane and go back there, there is still some work to be done out there. Because you know, like Max Dana said on her Blog: “Most of the people I know only discovered the crisis in Darfur in late 2006 early 2007 when George Clooney came back from Sudan“. So true, my girlfriend perfectly illustrates that fact. Now I can’t wait she watches Up in the Air when it will be out in France, and tells me how sexy can be a romance starting in an airport. 😛