Hundreds of people for Troy Davis in Paris 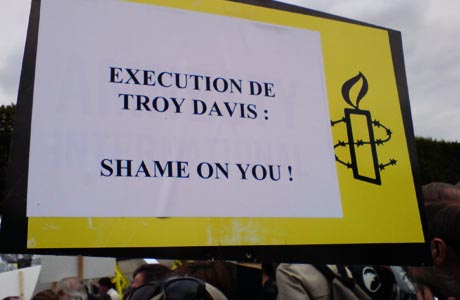 We decided to dedicate this C’est la vie in France weekly post to Troy Davis. As you may already know if you read the Sama Gazette, and with the strong support of French artist Max Dana, we actively work to bring attention to his case.

In a few words: ‘Troy Davis was sentenced to death in 1991 for the murder of police officer Mark Allen MacPhail in Savannah, Georgia in 1989. No physical evidence directly links Davis to the murder – no murder weapon was ever found’ […] ‘His supporters say he is innocent, noting that 10 witnesses in the case have signed affidavits recanting their testimony and indicating that police coerced them into implicating Davis. They also point out that nine people have signed affidavits implicating another man.’

Yesterday we posted about Troy Davis, referring to a post by Max Dana saying:

…The accused is entitled to the benefit of any reasonable doubt, even if we are talking about murder and how awful it may sound. Unlike DSK (who didn’t kill anyone, as far as I know) who at worst,  ‘only’ faced a prison sentence, Davis is facing execution. In this specific case more than in any other, the accused is entitled to the benefit of any reasonable doubt […] I don’t think human life is dispensable given certain criteria; in Troy Davis case and in many others, unfortunately, there is doubt of his guilt and he should be given the benefit of the doubt since we are talking about death sentence. We can’t afford to make a mistake we can’t reverse […] Again, whether you support the death penalty or are staunchly against it, you can’t afford to have any doubt. If you have any, then you must take everything into consideration. Killing someone who killed is one thing (although the Lex Talionis, ‘an eye for an eye’, didn’t end crimes or we should know it by now), but killing someone who could be innocent is another thing…

We were earlier today at the Place de la Concorde in Paris, and the place was already well crowded at 18:30. Amnesty France was there as well as representatives of other organizations, many individuals and several Sama Readers (thanks for taking action with us, as always!) who came to protest the execution of Troy Davis.

Some people were still believing we could change the fate of Davis, some others were upset, sad. Like Max Dana said, we really hope he will be given the benefit of the doubt; death penalty is irreversible and irreparable! Take action with Amnesty International: Resisting Troy’s Planned Execution with Every Moment Left. 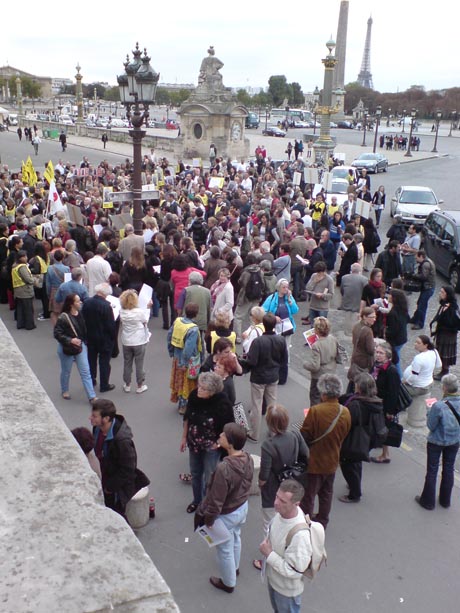 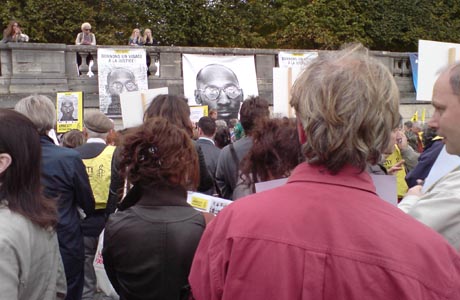