▲
The Sama Gazette > Posts > Categories > Raison d'être > The Sama Fraternal Society Is Yours!

The Sama Fraternal Society Is Yours! 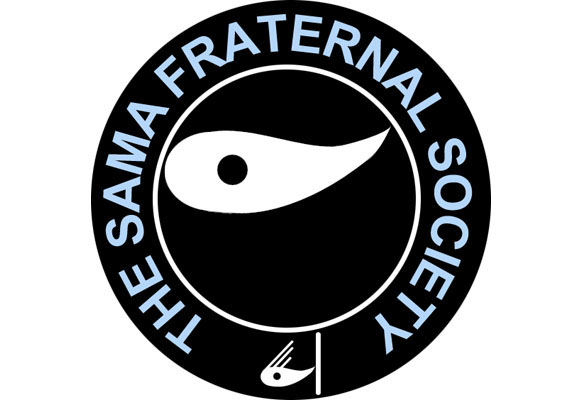 We are proud and happy to announce the launch of the Sama Fraternal Society! This period of the year is about sharing and giving and it is the perfect time for this announcement. Max Dana published her post earlier today on her Blog and we are crossposting it on the Sama Gazette. Comments are closed on this page but you can send your comments directly on Max Dana’s post.

This is an announcement: the Sama Fraternal Society is yours! For now almost Fifteen years on the Internet, I have been sharing with you what inspires me and my work. Some of you are visiting my websites for more than a decade and I have changed with you as we shared together our point of views and opinions. This exchange of ideas has been a real motivation to me and with the launch of the Sama Gazette in 2009, this relationship has evolved. A lot. Many of the regular readers decided to be more committed and to take action to support the causes and organizations the Sama Team mentioned on the Sama Gazette.

The idea of the Sama Fraternal Society was born, as simple as that. Its creation is carried along by positive and strong momentum and today is the official announcement of its creation. You can read below a description of what is the Sama Fraternal Society, where it comes from and what is its purpose. I hope it will motivate people to work together and keep an open and positive mind as life is becoming harder and harder for so many people. We don’t pretend to revolutionize the world but I more than ever believe Tall oaks from little acorns grow! ^_^

The Sama (formerly Epicurean) Fraternal Society was initiated by the readers of the World of Sama websites created by Max Dana and called the Sama Readers. Over the past 15 years and following the launch of The Sama Gazette in 2009, many of them had the opportunity to discuss and meet, and they realized they had a lot in common. They wanted to bring awareness to their communities, their friends and families. It is through raising public awareness and by taking action that we will be able to find the answers to the pressing problems facing our world; every single individual has the power to change the world, it is within everyone’s reach.

This is how everything started. People willing to bring attention on issues, willing to discuss them with other people and share point of views. Some of the Sama Readers even decided to volunteer and help local organizations. The Sama Family was born, and the Samayans too. This page is about The Sama Fraternal Society, how it started and what it is about. We use simple words to define it and we hope you will appreciate the initiative to make this fraternal society more ‘official’. It is the first step of many others to come.

Definition of ‘social fraternities and sororities’ provided by Wikipedia:

Social or general fraternities and sororities, in the North American fraternity system, are those that do not promote a particular profession (as professional fraternities are) or discipline (such as service fraternities and sororities). Instead, their primary purposes are often stated as the development of character, literary or leadership ability, or a more simple social purpose. Fraternity is usually understood to mean a social organization composed only of men, and sorority one of women; co-ed groups are usually called “co-ed fraternities.” Traditionally these organizations have names consisting of three or occasionally two letters of the Greek alphabet, leading to their being referred to informally in various contexts as being “Greek”.

This is the definition, now let’s be clear. The Sama Fraternal Society do not promote a particular profession or discipline, it doesn’t promote anything or anyone; it is an independent society. Its primary purpose is to bring together open-minded people and people willing to make the world a better place. Simple, isn’t it? And yet not so easy to achieve. The Sama Fraternal Society is composed by both men and women coming from everywhere in the world, and is open to anyone committed into bringing attention to the many issues the countries we live in are facing. Get out of your bubble!

The purpose is simple, the goal is clear and even a bit naive, we admit it. But The Sama Fraternal Society‘s approach is humble, and the initiative is only motivated by the good will and the interest of people for the world that surrounds us. “All human beings are born free and equal in dignity and rights.They are endowed with reason and conscience and should act towards one another in a spirit of brotherhood.” –Universal Declaration of Human Rights, Article 1. Again, simple, isn’t it? And yet not so easy to achieve.

These are the principles of The Sama Fraternal Society. Its exact definition may evolve with time but the main purpose will always remain the same: listen, share, live together in harmony, respect each other and respect the environment. The Sama Fraternal Society ‘s sole ambition is to contribute to help people join their forces and to encourage them to coordinate information and initiatives. As for the expected results, Samayans‘ (committed members of the Sama Fraternal Society) influence will be whatever each one of them wants it to be. The important being to never look away and always keep an open-mind.

But The Sama Fraternal Society is not only about serious things (if you read the Sama Gazette, you already know how shallow we can be sometimes!). We love humor, we like when people use their creative skills to express themselves, whether it is in very unexpected ways. Prolific and creative people, in Art or in writing (Twittering included) are welcome to join The Sama Fraternal Society. It’s a warm and friendly place for everyone to discuss and share, doing our best to resist to knee-jerk reactions, sweeping generalizations or snap judgements. It is way too easy to be biased without listening to arguments, we like to take up challenges!

This is The Sama Fraternal Society. The logo is a Sama head, showing below the Sama -rallying- Sign some of you already know for a long time (it comes from Max Dana’s first show). Next steps will be Twitter, the website and a lot of other projects. You will be the ones building The Sama Fraternal Society and make it live. As for now, we define it and let people know about it, later we will see how it will evolve, what it will become. But we are confident it will keep growing since an increasing number of Sama Readers and committed people are already taking initiatives to  support events by organizing local actions. Like Martin Luther King, Jr. once said: ‘Either we learn to live together as brothers and sisters on this planet or we will perish together as fools.’

We are very happy The Sama Fraternal Society can inspire people, thank you for your unfailing support and motivation!

If you want to support The Sama Fraternal Society, or for any suggestion or question, please don’t hesitate to contact us. 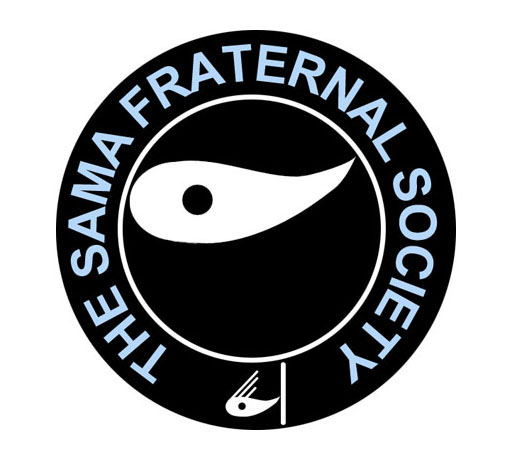