Voices on the Rise: Afghan Women Making the News 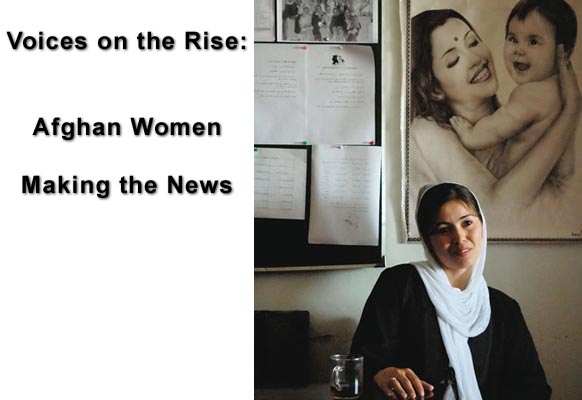 In support of International Women’s Day on March 8, 2010, Dorothy’s Gallery in collaboration with the Embassy of Afghanistan in France presented a remarkable exhibition, ‘Voices on the Rise : Afghan Women Making the News – Des voix qui portent : l’actualité par des femmes afghanes’ in Paris (from March 4 to April 11, 2010).

Max Dana visited the exhibition and she was very enthusiastic about it so we decided to mention the exhibition on the Sama Gazette. Here is an introduction to the exhibition (with illustrating photos) and we post below Max’s article in case you didn’t read it on her Blog already.

After an international tour “Voices On The Rise” is presented for the first time in France. The photographs of Afghan women at work reveal the women of all ages and social backgrounds working for the reconstruction of their country. These women are real revolutionaries who are fighting for a more just and tolerant society. From humor to provocation: the view of contemporary artists on a country in the midst of profound change. In addition to this moving photo-coverage, contemporary artists, Afghan and international, offer their vision, sometimes funny, satiric, even disruptive, on this country undergoing transformation. Presented for the first time in France, the exhibition presents forty photographs of Afghan women practicing their profession:  journalists, producers, managers, authors, photographers, filmmakers, parliamentarians, and human rights activists.  Freed from what was formerly forbidden, dictated by tradition and culture, they are truly revolutionary figures, working to preserve the difficult balance between their domestic and traditional responsibilities, while helping to promote a more just and civil society. 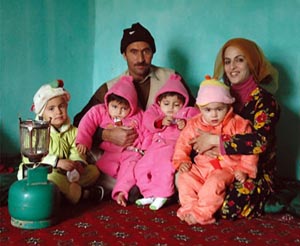 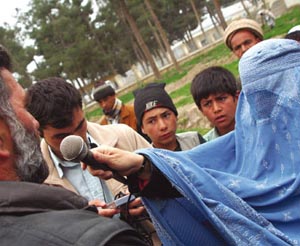 Max Dana‘s post about Voices on the Rise: Afghan Women Making the News:

A few weeks ago, I have seen an exhibition at Dorothy’s Gallery in Paris, titled: ‘Voices on the Rise : Afghan Women Making the News – Des voix qui portent : l’actualité par des femmes afghanes’. The exhibition was dedicated to Afghan women working towards the reconstruction of their country from all fields: journalism, art, government, human rights. After Canada, the United Kingdom, and Indonesia, the exhibition continued its international tour to Paris. It was very interesting to see how these Afghan women have found their voices again thanks to their own courage, determination and profession. The press release didn’t lie about it.

Photos, paintings, sculptures and drawings created specifically for this exhibition as well as afghan jewelry were presented on the walls and on display shelves. A tent in the gallery’s garden was decorated with additional afghan atmosphere, and in the main room we could watch a documentary about Afghanistan. Some of the women of the photos was assassinated because they dared speak out loud and didn’t fear retaliation; others had to fight hard to get the right to work and won. Every photo was giving a lesson in courage, these women had to fight everyday of their life for their freedom. For simply having the right to go to school, to work, to talk in public, and have their voice heard. An excellent way to put things in perspective…

This is the kind of exhibition that we need. Dorothy Polley did a great job, and I was glad I could take some time to see it. These great photos (taken by Leslie Knott, Farzana Wahidy, Elise Jacob…) show to people who think Afghanistan is only about Taliban and troops, that women are very active and fight for their rights. Talking about incredible Afghan women, I would like to bring your attention on Malalai Joya, an Afghan politician, author of ‘A Woman Among Warlords’. I already mentioned her in: International Women’s Day: Ordinary Extraordinary Women(cross posted on the Sama Gazette: read post + comments). Joya is often called ‘the bravest woman in Afghanistan’ but she is definitely not the only one; she is also compared to Aung San Suu Kyi. Don’t miss Malalai Joya’s memoir: ‘Raising My Voice’.

Voices on the Rise: Afghan Women Making the News. So true. Support them!