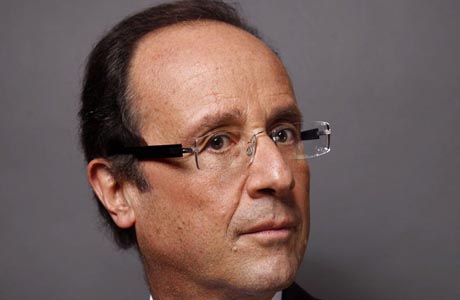 The former PS General Secretary is often described as affable and witty, but he has always been  a low key politician, he’s virtually unknown outside France and has never held a position in government. The former Socialist presidential front runner, Dominique Strauss-Kahn, was the one tipped to win the Socialist primary but he disqualified himself when he was arrested on charges of attempted rape.

Nicolas Sarkozy, who won power in 2007 is deeply unpopular, and according to recent polls, Francois Hollande would score a landslide victory over Nicolas Sarkozy if the election was held tomorrow. But maybe we should be cautious if we don’t want the story to repeat again: in 2002, far-right nationalist Jean-Marie Le Pen won enough votes to take on Jacques Chirac to become the President of France…

His daughter, French politician Marine Le Pen performed more than well in local elections earlier this year and she might follow her father’s steps in the 2012 presidential election. Some people already fear Nicolas Sarkozy and Francois Hollande will not necessarily face off in the final round on May 6 and that it could be Le Pen / Sarkozy or Le Pen / Hollande instead, in the worst case scenario.

Francois Hollande posing during a portrait session in Paris, France on February 2011.
Photo by VIM/ABACAPRESS.COM