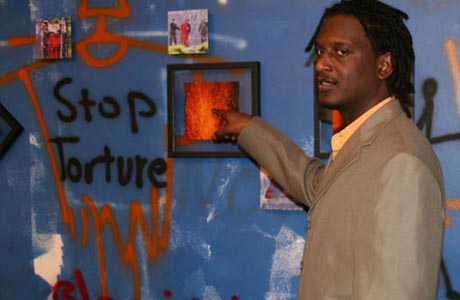 Elshafei Dafalla Mohamed comes from the Blue Nile region but he moved to the United States in 2001 and he is currently living in the Washington area. VoANews article says: ‘[He] is using art and activism to promote the plight of people caught between borders and conflict […] The Washington-based activist works across artistic genres, from photography to installations and conceptual events to show the sameness of people, while also exposing injustices’.

From his biography on his official website we can read: ‘His work is noted for its political engagement with different world cultures and has been celebrated for its capacity to create solidarity among communities and peoples across political, cultural, and racial differences.’

The artist adds in the article published by VoANews: ‘People they should live without borders, that is how people used to live at the beginning.  But unfortunately our politicians they start to build these borders regarding their own interests. It creates more problems than it creates peace.  They should maybe work to destroy borders and make the world open and accessible.’

Elshafei Dafalla Mohamed is an activist and we like what he does as much as what he says. Please check his website to learn more about him and his amazing work! 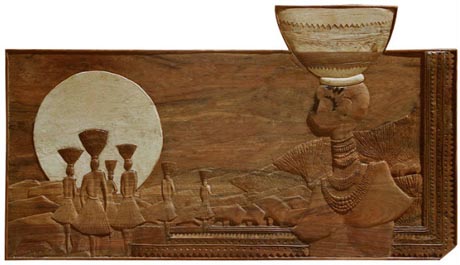