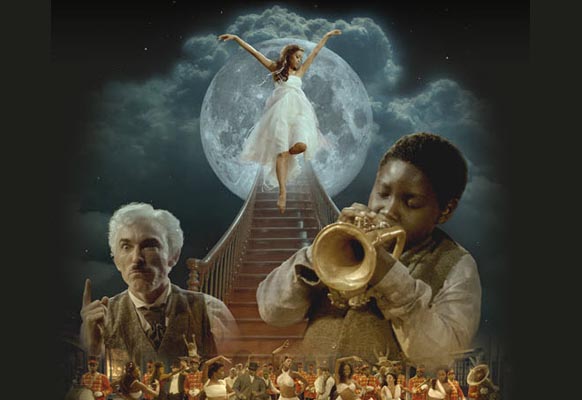 Louis, a silent film directed by Dan Pritzker and starring Jackie Earle Haley and Shanti Lowry, will premiere in US cities in late August with live musical accompaniment by Wynton Marsalis, renowned pianist Cecile Licad and a 10-piece all-star jazz ensemble. Marsalis will play a score comprised primarily of his own compositions. Licad will play the music of 19th century American composer L.M. Gottschalk. The group will perform live with the film in a series of special performances in New York City, Chicago, Washington DC, Detroit and Philadelphia.

Wynton Marsalis says about the movie:

“The idea of accompanying a silent film telling a mythical tale of a young Louis Armstrong was appealing to me. Of course, calling it a silent film is a misnomer — there will be plenty of music, and jazz is like a conversation between the players so there’ll be no shortage of dialogue.”

The anticipated film will have its world premiere at Chicago’s Symphony Center on Aug. 25, Detroit premiere will be on Aug. 26, Washington D.C. on Aug. 28,  New York on Aug. 30, and Philadelphia on Aug. 30. Check the official website for more information.

Don’t miss Louis this Summer if it’s coming near you!