da-eYe: looking for Banksy at the 2011 Oscars 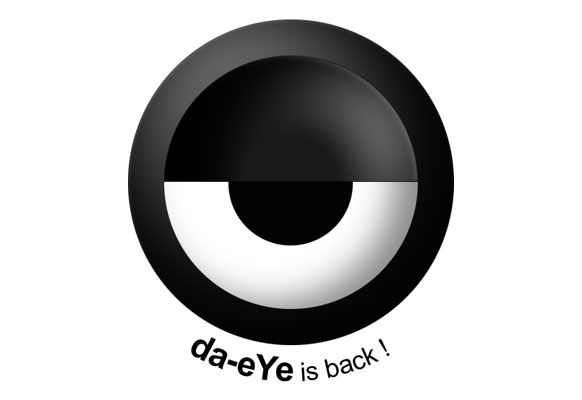 Anne Hathaway and James Franco were the hosts of this year’s Oscars but unfortunately, their performance was met with mixed critical reception. But honestly, we enjoyed it anyway.

This is for what we saw but we also missed a lot of things. Like British street artist Banksy who didn’t show and someone was very disappointed about that: da-eYe. He went to Los Angeles to meet with one of his favorite artist but he wasn’t there…

No one showed in a monkey mask at the Oscars. Many people were hoping ‘anonymous’ British street artist Banksy would show last night (his film ‘Exit Through The Gift Shop‘ was nominated for Best Documentary Feature) but he didn’t. Or maybe he was there and we didn’t recognize him.

As you may already know, da-eYe was born in the mid-Eighties and his roots come from Graffiti. He loves Hollywood stars (with a preference for Brunette actresses…) and he is a fan of Banksy; no wonder why he came all the way to Los Angeles to meet with the street artist. With no positive results, I’m afraid…

But apparently, someone bombed the wall behind da-eYe to avoid any ambiguity, telling us ‘He’s not Banksy’, the arrow pointing at da-eYe’s head. No Banksy then but our one-eyed guy enjoyed the after parties. A lot. No pictures available, sorry! (In fact, we are not ‘sorry’. It’s all about decency here). 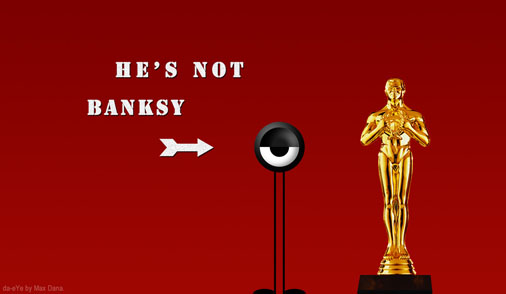