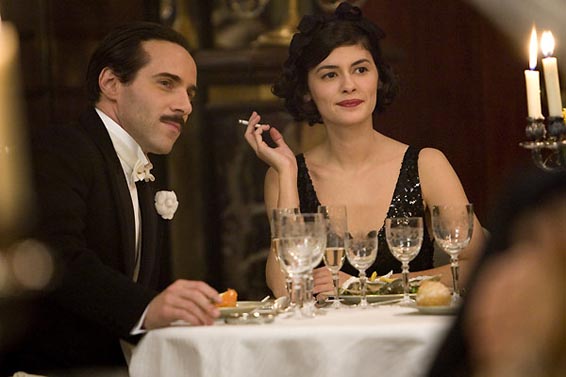 “Coco Before Chanel”, the biopic of Gabrielle “Coco” Chanel, hit theaters last month in the U.S. Audrey Tautou (Amélie, Da Vinci Code) stars as legendary fashion designer Coco Chanel in this biopic penned by director Anne Fontaine, and based on the Chanel biography L’Irrégulière (The Nonconformist) by author Edmonde Charles-Roux. This is the story of a poor girl who transformed into a legendary fashion designer…

We don’t want to talk about the movie itself (it received mixed reviews when it came out in France in April) and we want to focus on costume design. Elle Magazine had an interesting interview with the film’s costume designer, Catherine Leterrier. If you’re into costume/fashion design, don’t miss this article published on the online edition of Elle Magazine:

“When I did all this research on her younger period, I saw how stunning she was, and how modern. She could be in ELLE magazine now! Madeleine Vionnet, Jeanne Lanvin—they were divine designers, but nobody wanted to look like them. Chanel was a star immediately, even before she was really successful, because she was so good-looking. Everything she had on herself, everybody wanted to have immediately.”

In case you want to know more about “Coco Before Chanel”, here is the Official Trailer: