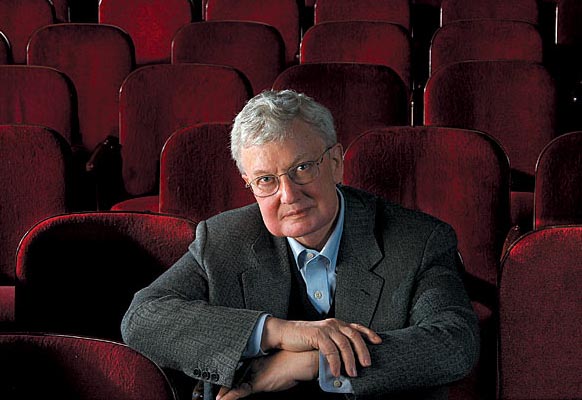 If you are a movie fan, then you know  the long-running syndicated film-review show ‘At the movies’. Even some of us, living in France, we at least heard  the name of the movie review program once, even though we couldn’t watch it on television over here (hopefully, we have Youtube!). The show has been cancelled this week so we decided it was time to follow Roger Ebert on Twitter @ebertchicago, a ‘Film critic since time immemorial’.

About ‘At the movies’ cancellation:

After 24 seasons with us in national syndication, the highly regarded movie review show ‘At the Movies’ (formerly known as “Siskel & Ebert” and “Ebert & Roeper”) will air its last original broadcast the weekend of August 14, 2010 […] This was a very difficult decision, especially considering the program’s rich history and iconic status within the entertainment industry, but from a business perspective it became clear this weekly, half-hour, broadcast syndication series was no longer sustainable. We gratefully acknowledge the outstanding work of the program’s current co-hosts, A.O. Scott and Michael Phillips, and top-notch production staff, and it is with heartfelt appreciation that we extend very special thanks to the two brilliant, visionary and incomparable critics that started it all, Roger Ebert and the late Gene Siskel.

And now, our Favorites Tweets (most recent) @ebertchicago !

I don’t recall even hearing about Robert Rodrieguez’s “Shorts,”
praised here as a film that speaks a language kids speak.
http://j.mp/ch7tvW

Dennis Hopper gets his star on the Hollywood Walk of Fame.
A good man.
http://j.mp/c2XLld

Tarantino, born today, made a film that has been undervalued.
I talk to Pam Grier about “Jackie Brown.”
http://j.mp/9GCfGx

The Daily Beast collects the best Siskel & Ebert arguments.
I was right about “Cop and a Half.”
http://j.mp/bTUbU1

There’s nothing else. Just us and the cameras and those wonderful people
out there in the dark. All right, Mr. De Mille
http://j.mp/aza9Jb

I don’t wanna hear one more WORD about how awful depressed you are.
If this doesn’t cheer you up, end it all
http://j.mp/b8O2Fu

If Lady Gaga could sing, she’d have it all.

Roger Ebert tweets a lot, about movies of course, but also about politics and we appreciate reading him, both @ebertchicago and on his blog. We have a lot to learn about movies (last week we tweeted about the many movies references Max Dana makes in her work –Kubla Khan & Harry Lime-) and we think Roger Ebert is a great ‘movie source’ to learn from. That’s why we wanted to share his tweets with you, and pay tribute to ‘At the movies’.