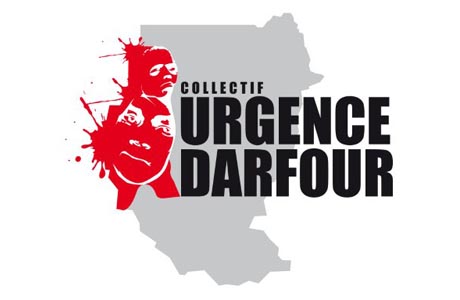 A couple of years ago, we published ‘En Route to Sudan’ with news, articles, resources and more dedicated to Sudan, South Sudan, Darfur, Abyei, South Kordofan, Blue Nile… In France, an organization is working to raise awareness on Darfur, and we already mentioned it as it was part of the “60 Signers for the 60th Anniversary” Initiative launched by our committed creator, Max Dana.

After a long break, French organization Urgence Darfour is back on track and will officially launch tomorrow its new campaign: ‘Stop Béchir’ (‘Stop al-Bashir’). The launch party will take place tomorrow in Paris, at the Club de l’Etoile at 8pm. RSVP: stopbechir.resa@gmail.com. If you live in Paris and near the city, please register. We’ve heard they worked hard to make this event a success.

Below, the online petition we invite you to sign!

Darfur is a Western state of Sudan, as big as France

Since 2003, the government of Sudan has been slaughtering civilians in Darfur. On which pretext ? The start of a feeble rebellion of Black African ethnic groups asking for a fair sharing of the national wealth

It is estimated by UN that over 300 000 people have died, over 3 million have been displaced and over 4000 villages have been destroyed.

The rape of women and girls is used as a weapon of war.

Omar Al Bashir is the President of  Sudan. An international warrant of arrest was issued against him by the International Criminal Court 2 years ago, for war crimes, crimes against humanity and genocide, perpetrated in Darfur under his command.

Yet, to this day, he is still free. Shamefully free.

And he now tortures the civilian populations of other regions of Sudan : Abyei, South Kordofan and Blue  Nile

He must be arrested and tried. You can act. Just with your signature. S please sign the petition addressed to UN General Secretary, Mr Ban Ki-Moon and to the heads of Security Council member states!