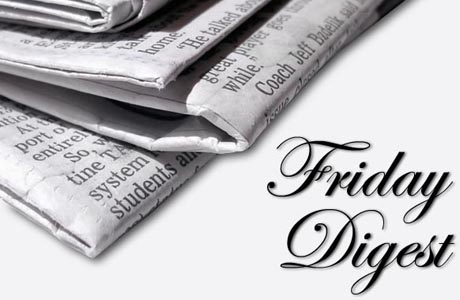 Brand new rendezvous on the Sama Gazette: Friday Digest. Each Friday, this weekly news round-up gives us the occasion to share with you news from various topics: politics to arts, entertainment, media, science, sports, fun and less fun news… This digest is a list of news published this week on the Internet (Friday to Friday), selected by the Sama Team, and it is by no means exhaustive.

Burma’s main opposition party, the National League for Democracy (NLD), says it will not take part in the country’s first polls in two decades…
http://news.bbc.co.uk/2/hi/asia-pacific/8592365.stm

Facebook is scaling back on the word “Fan” and ramping up usage of “Like” on brand pages. According to a confidential e-mail sent to ad agencies today, the social media site will change the “Become A Fan” button to read “Like” within the next few weeks…

Death penalty report: China must end secrecy surrounding sentences and executions
Amnesty International on Tuesday challenged the Chinese authorities to reveal how many people they execute and sentence to death, as the organization published its world overview of the death penalty for 2009…

Geneva, 30 March 2010. Beams collided at 7 TeV in the LHC at 13:06 CEST, marking the start of the LHC research programme. Particle physicists around the world are looking forward to a potentially rich harvest of new physics as the LHC begins its first long run at an energy three and a half times higher than previously achieved at a particle accelerator.
http://press.web.cern.ch/press/PressReleases/Releases2010/PR07.10E.html
http://webcast.cern.ch/lhcfirstphysics/

9 Teenagers Are Charged After Classmate’s Suicide
It is not clear what some students at South Hadley High School expected to achieve by subjecting a freshman to the relentless taunting described by a prosecutor and classmates. Certainly not her suicide. And certainly not the multiple felony indictments announced on Monday against several students at the Massachusetts school…
http://www.nytimes.com/2010/03/30/us/30bully.html

A Day in Paris: short film by Benoit Millot
When Up in the Air meets Transformers…
http://www.boingboing.net/2010/03/30/a-day-in-paris-short.html

Rigged Elections in Darfur and the Consequences of a Probable NCP Victory in Sudan
The principal preoccupation of the ruling National Congress Party (NCP) is to win the elections now scheduled for 11-13 April 2010. It has manipulated the census results and voter registration, drafted the election laws in its favour, gerrymandered electoral districts, co-opted traditional leaders and bought tribal loyalties. It has done this all over Sudan, but especially in Darfur, where it has had freedom and means to carry out its strategy, since that is the only region still under emergency rule…
http://www.crisisgroup.org/home/index.cfm?id=6601&l=1

NASA Sets Space Shuttle Discovery Launch Date
Space shuttle Discovery is scheduled to begin a 13-day flight to the International Space Station with a launch at 6:21 a.m. EDT on April 5 from NASA’s Kennedy Space Center in Florida. Discovery’s launch date for the STS-131 mission was announced Friday at the conclusion of a flight readiness review at Kennedy. During the meeting, senior NASA and contractor managers assessed the risks associated with the mission and determined the shuttle’s equipment, support systems and procedures are ready…
http://www.nasa.gov/home/hqnews/2010/mar/HQ_10-069_STS_131_Launch_Date.html

Afghanistan leads in hashish production
Afghanistan, the world’s biggest producer of opium, is also a major producer of cannabis. These are the findings of the Afghanistan Cannabis Survey, the first ever UNODC report on cannabis in Afghanistan, which was released today. The Survey estimates that between 10,000 and 24,000 ha of cannabis plant are grown in Afghanistan every year…
http://www.unodc.org/unodc/en/frontpage/2010/March/afghanistan-leads-in-hashish-production-says-unodc.html

April Fools Day
Our favorite one: Man arrested at Large Hadron Collider claims he’s from the future
A would-be saboteur arrested today at the Large Hadron Collider in Switzerland made the bizarre claim that he was from the future. Eloi Cole, a strangely dressed young man, said that he had travelled back in time to prevent the LHC from destroying the world…
http://crave.cnet.co.uk/gadgets/0,39029552,49305387,00.htm

Post-it notes inventor and Jacques Cousteau enter Inventors Hall of Fame
Jacques-Yves Cousteau and his fellow Frenchman and colleague, Emile Gagnan, are entering the Hall posthumously for their invention of the aqualung breathing equipment. Previous members include Edward Calahan, inventor of the stock ticker, and Samuel Blum for his contribution to the invention of LASIK eye surgery…
http://www.telegraph.co.uk/science/science-news/7540424/Post-it-notes-inventor-and-Jacques-Cousteau-enter-Inventors-Hall-of-Fame.html

Keith Haring Foundation x Aids Walk x OBEY
Join the fight against AIDS and remember Keith Haring. 2010 Marks the 20th anniversary of Keith’s untimely death from AIDS.Please lend your support by making a donation to the 2010 AIDS Walk in his memory. If you donate $50 or more AND you walk on May 16, you will receive a unique, limited edition T-shirt featuring artwork by Shepard Fairey based on a portrait of Keith by Patrick McMullan, shirts donated by OBEY Clothing…
http://obeygiant.com/headlines/keith-haring-foundation-x-aids-walk-x-obey