Elizabeth Blackney, and other committed people 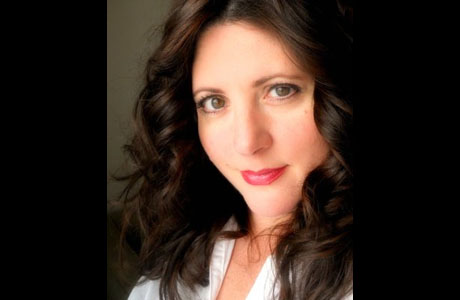 In July, we decided to support Hunger Strike for Darfur and we fasted for a day to support Darfur. If Max Dana is a clear and ‘natural’ inspiration to us, we are also inspired by the people we mention on Inspiration To Action.

We follow Elizabeth Blackney on Twitter @MediaLizzy for a long time and we always read her website with great interest: Media Lizzy & Friends. In August, she published on the Huffington Post: A Hunger for Justice explaining her 40 day hunger strike.

The American Journal of Public Health published a study in May quantifying the moniker. Among girls and women aged 15-49, approximately 1,152 are brutally raped every day. That works out to 48 rapes per hour. My reaction was visceral, even though I knew the level of Sexual and Gender Based violence was astronomic, higher than at any time in recorded history. To digest the information, I touched base with Lisa Shannon, author of A Thousand Sisters. She was on a seven day hunger strike to show unity and support for our Sisters there. A couple of days later, I committed to a seven day hunger strike immediately following the completion of Lisa’s effort. My faith allowed it, my doctor gave strict guidance, and my will was strong. At 12:00AM on May 21, 2011 I began a hunger strike to show solidarity with the women of Congo. As a lifelong committed Republican, a hunger strike ranked number one on the list of “things I will never do.” But life brings with it surprises and revelations. Ultimately, I completed a 40 day hunger strike. During this time approximately 46,080 women and girls were raped in Congo.

Lisa Shannon is of course listed on Inspiration To Action and many Sama Readers have shown their support by voting for her. Lisa’s story and commitment are an inspiration for many people such as Elizabeth Blackney. And us as well.

We know some Sama Readers fasted with us in July, some others are supporting organizations and events, we met with Juliette, Arnold, T_Fong, Sonia and many others at the Place de la Concorde for Troy Davis back in September.

Like the many people who inspired us before and still inspire us today, we hope we can spread the word and inspire other people in return. Although we are not naive, Max Dana is so right when she says: Tall oaks from little acorns grow. Take action now!